Wish Lists, Drop offs, Volunteering, Benefits, Links
Information about 15 groups helping those in need in the Isla Mujeres community.
If your charity would like its information added or updated, please contact me at westofcuba@gmail.co
Read more 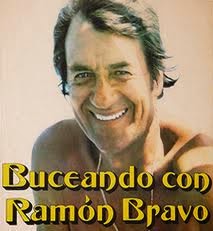 Ramon Bravo Prieto was a leading oceanographer and conservationist, who founded the first environmental protection group in the state, in 1965, in Isla Mujeres.  The statue at the traffic circle by the entrance to Sac Bajo, near Mundaca Hacienda, commemorates him. Read more... 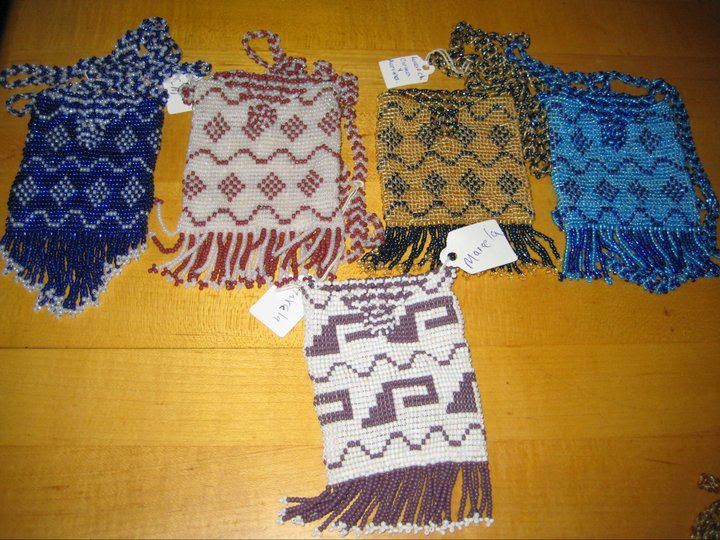 When you are on Isla, be sure to visit the Isla Women's Beading Cooperative in La Gloria. This group of amazing artists (~57 women) create one of a kind handcrafted beaded jewelry ... necklaces, earrings, bracelets, purses and more.  Read more.....

Foreigners who've fallen head over heels with this island have been calling themselves "Islaholics" for years. A recently created Facebook group by this name acquired nearly 3000 members in a matter of months. There's ~4500 members in that group, now that it's ~a year old. There's also an Islaholicos group with ~1200 members and an Islaholics of Isla Mujeres group with ~1300 members.
Islaholics start planning their next trip as soon as they return home, but they aren't just dreaming; they're comparing fares & updating their "countdown app". They've got visions of seaside living when they buy lottery tickets, & they've checked out some properties for sale,  just in case.    Read more.....

4.A Trip Report From 1876
with excerpts & photos by Augustus & Alice le Plongeon

Isla Mujeres was founded in 1850 by people fleeing the Caste War, who were given permission by the Mexican government to settle on the isle, provided they farmed the land for six years, built their own roads and infrastructure, and expected no protection or services from the federal government.
In 1876, Augustus le Plongeon, 50 year old eccentric, visited Isla Mujeres with a 25 year old beauty he had married in London two years earlier.  Augustus hadn't mentioned the war to Alice, nor the yellow fever epidemics that left them quarantined on the boat in many of the port cities. Among other observations, Alice described the pirate Mundaca and commented about the towers left behind by the pirate Lafitte. Read more....

5. Whale sharks, Turtles, & Rays, Oh My!
From ~May 15 to ~September 15, whale shark tour boats take people to swim with these gentle giants, who are the largest fish in the world. They visit the Isla Mujeres area to eat plankton & fish eggs. 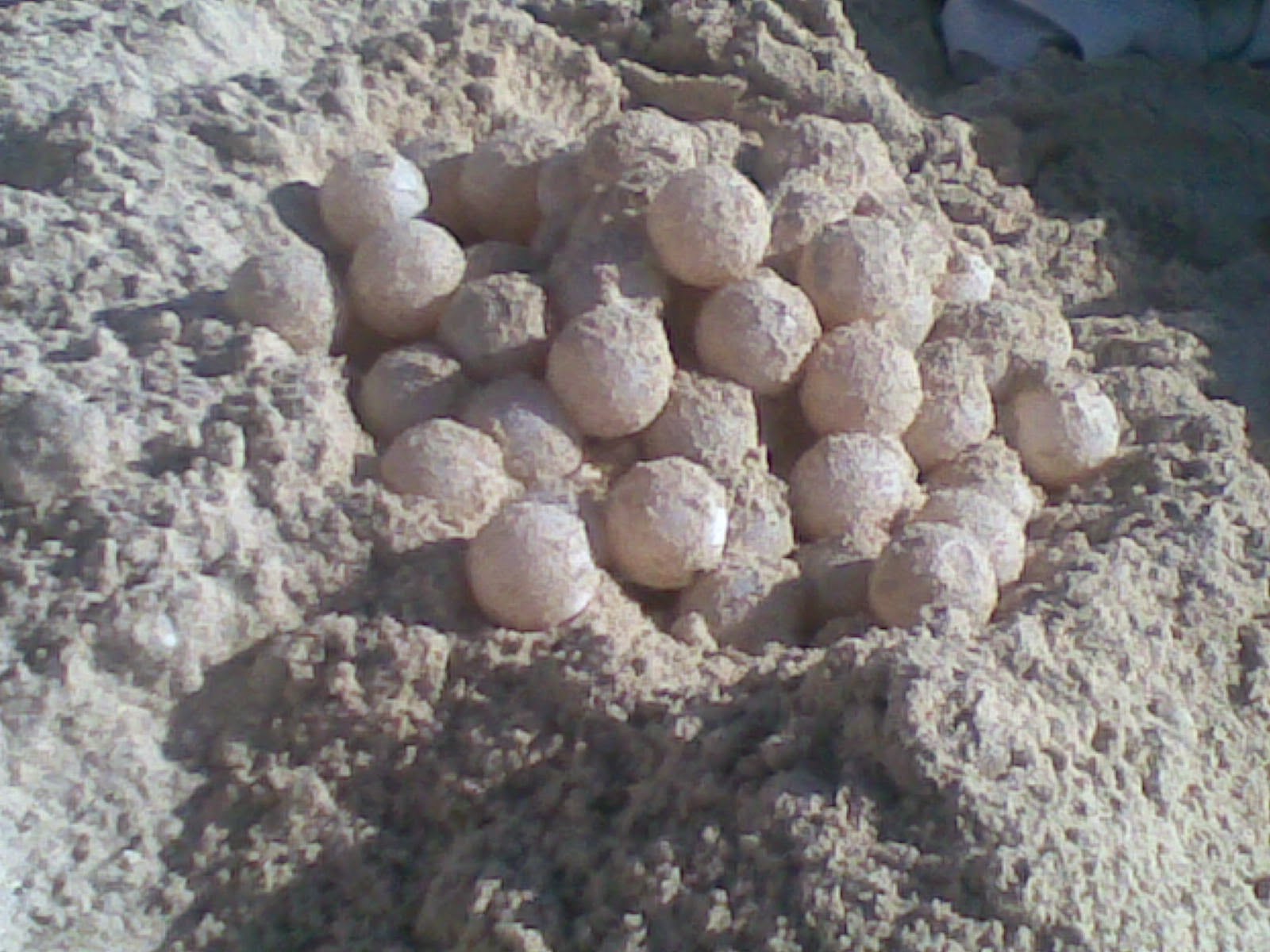 Large groups of rays visit the blue waters of the whale shark tour area (Aguas Azules), since they are also filter feeders with similar diets.
Turtle eggs take ~60 days to hatch & in Isla Mujeres, and the majority are from Green turtles, while the second most common are from Loggerheads, and least number are Hawksbills. In 2013, 165,000 eggs were protected at the Tortugranja. Read more... 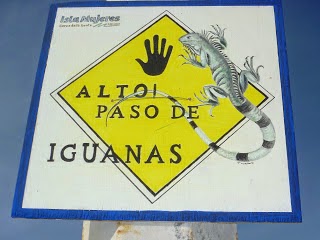 Green Iguanas (flippantly known as bamboo chicken) are attracted to bright colours such as red, orange and yellow.  From personal experience I'd say that this bit of trivia found on a website dedicated to the care and feeding of pet iguanas is correct.  We have had iguanas munch on our yellow hose nozzle, attack the orange handle on the rake, or beg for treats when I wear my red gardening gloves. Read more....

7.Videos of Isla Mujeres
By Rob Herrin (beentravelin) & others
A picture is worth a thousand words....what can I say? Isla is very photogenic!
See more..... 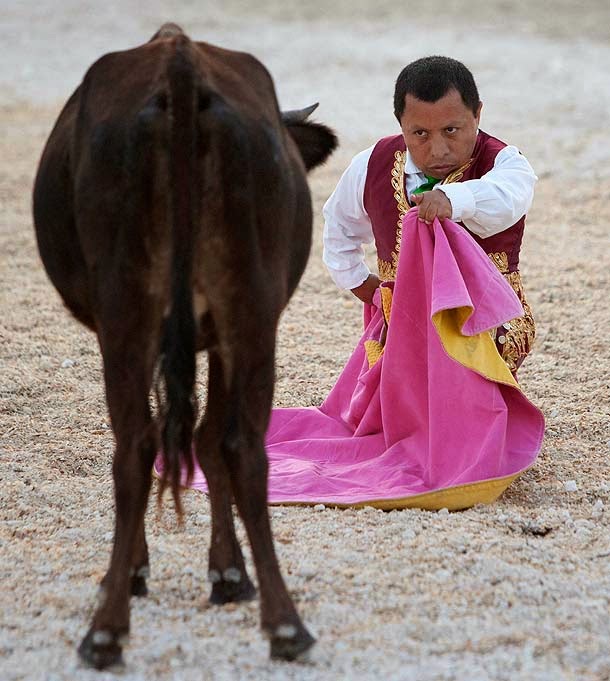 It all started when Craig and I noticed these posters cropping up all over the island on utility poles.  Los Enanitos Toreros de Mexico.  Before long, a large group of us had plans to meet at the Plaza de Toros on Tuesday afternoon to see the bullfighters of small stature.  After all, how many times would we have the opportunity to view an event like that!  Read more......

A photo essay of the endless variety of fishing boats, ferries, sailboats, yachts, balseros, and other vessels you'll find around the isle. See more... 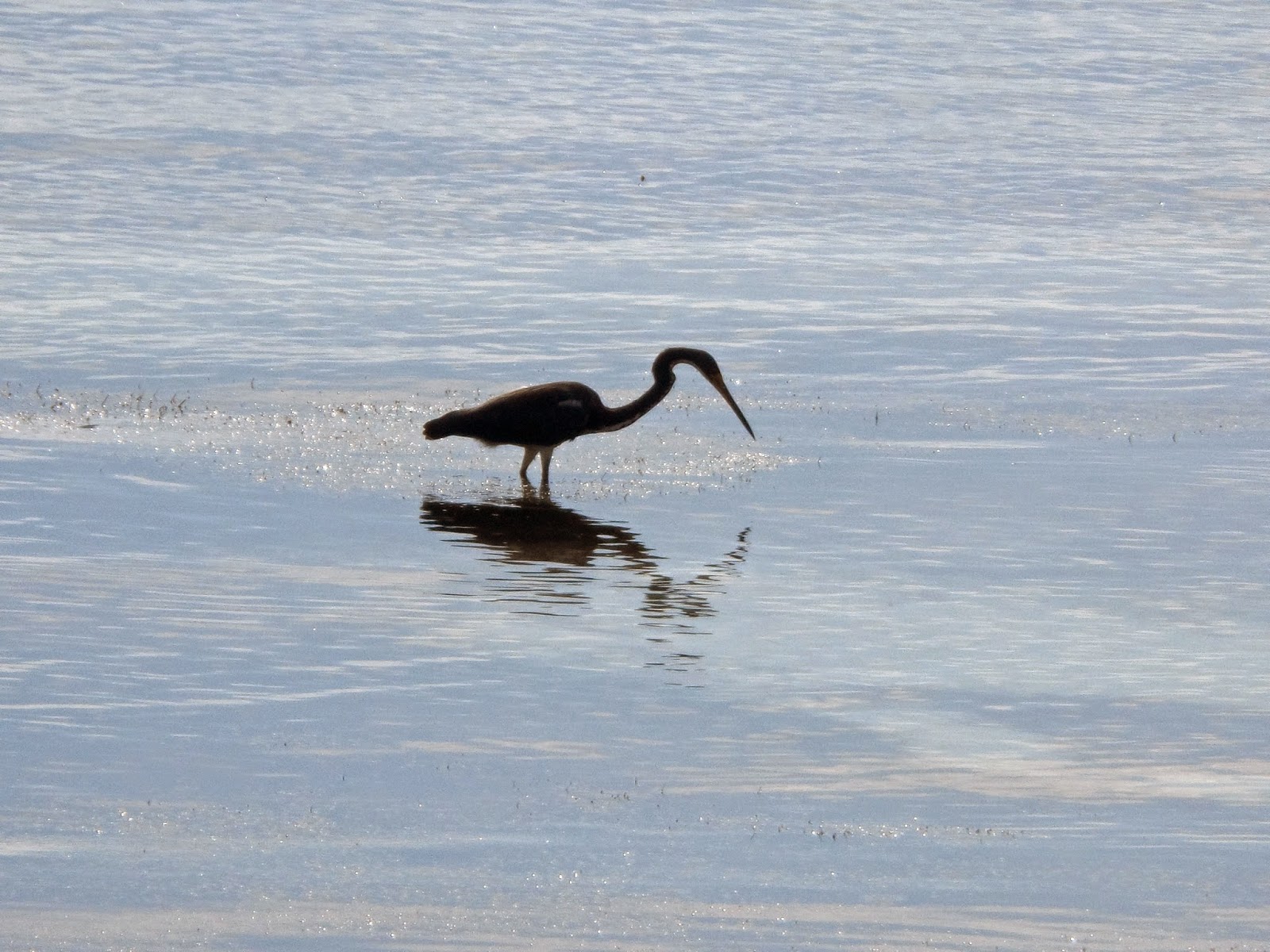 The Reserve of Isla Contoy is a sanctuary to many tropical marine birds, and approximately 152 species have been counted. Half of the species are residents of the island and the others are migratory species from the north. Read more....

...Your pace is likely to slow down as you try to take in the incredibly diverse and very foreign images that surround you, moving from the hot chaos of afternoon streets full of tourists chattering in a dozen different languages, to balmy evenings with tranquil sounds of waves rising and falling. You'll find yourself spending long moments watching sunlight sparkling like diamonds across the sea, and remembering that happiness comes from small pleasures, like watching an iguana run across the hot sand.... Read more... 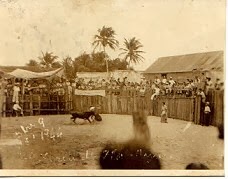 Isla Mujeres was a thriving community for a hundred and twenty years before developers carved Cancun out of the jungle in the 1970's. When the Mexican government decided to create a planned city as a major tourism destination in 1969, Cancun consisted of a handful of caretakers living on coconut plantations owned by wealthy residents of Isla Mujeres.

3. Just Being A Kid On Isla Mujeres
by Lynda Lock (Notes From Paradise) 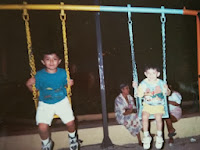 Our Isla Mujeres friend, Freddy Medina has many good memories from growing up on Isla in the 1970's.
Freddy's papa, Lucio Medina, built a strong concrete house on the west side of the island near the middle-school where he was employed as a teacher.
Read more 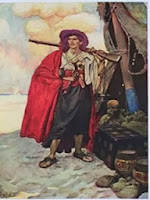 When Spaniards sailed to Isla Mujeres from Cuba in 1517, they found no people or signs of settlement on the island. They broke the female idols in the Mayan temple, replacing them with an icon of the Virgin Mary, and moved on. The island became a refuge for pirates during the colonial period.
Read more 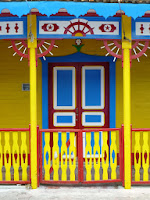 Deep thoughts, probably because I couldn't sleep last night.  I return home with photos of all these doors, yet I've entered few to none of them.  Perhaps the title of this post should be Doorways Not Chosen.  Does it signal a lack of adventure, a failure to speak the language and breach the cultural divide, or just that I'm hesitant to break rules and be impolite?  Or maybe I'm just over thinking it.   Next trip I vow to explore more and enter a few local doorways.
Read more 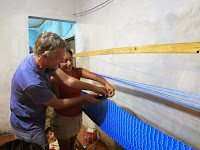 No bike on this day, I depended upon my feet and a few taxi rides. I had already dined at seven restaurants, but the bulk of those were around lunchtime. In the afternoon I walked miles of beachfront, some lined with beautiful sand, but most nothing but rocky shoreline dotted with rental properties. For the first time in days I was actually hungry and this restaurant was one I had never tried. A cerveza (beer) is definitely in order.
Read more

7.  Volunteer Spotlight on Tiffany of Barlito's
for Isla Animals & LYSH


This issue's spotlight is on  Tiffany Yenawine Wareing, who volunteers with Isla Animals and is on the board at Little Yellow School House. Tiffany & her husband Brad  own and manage the popular "Barlito's Bakery & Market Cafe" and "Sonrisas Catering".
At the restaurant this busy couple collects donations of shoes for Zapatos Por Los Ninos, and English books for Alaghom Naom's grade school students, as well as items for Isla Animals & LYSH.  The walls of the cafe are covered with beautiful creations for sale by artists who have participated in the monthly Artist's Fair


8.  1500's Piracy Around Isla Mujeres by Fidel Villanueva Madrid, Isla Historian
During the 1500's, the eastern coast of what is now Quintana Roo was of little importance to Spain whose maritime routes were concentrated in the Antilles. Occasionally, a boat from the Gulf of Honduras sought the shelter of the islands of Mujeres and Cozumel during bad weather, or when their boats needed repairs. Except in those incidences, loneliness was the common denominator of our coasts and islands. This suited the purposes of the pirates, who found  the isles to be excellent shelters from which to spy and attack the Spanish ships, that sailing to and from Havana, Cuba.

It went down Rueda Madina to Lopez Mateos and from there it went on Carlos Lazo to the hotel Zazil Ha.
Read more


10. Featured Photos
By a variety of photographers
See more

11. 50 Years of Population Growth in Isla Mujeres By Ronda Winn-Roberts